You are here: Home / Europe / Turkey begins sending back Islamist foreign fighters to the West 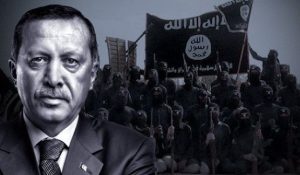 The issue of what to do with captured foreign fighters has been delayed and obfuscated for years by politicians and government officials in Western capitals, like reported by thecipherbrief.com.

After stripping citizenship from their foreign nationals belonging to the Islamic State, many countries argued that by making the conscious decision to join a terrorist organization, these individuals have forfeited their rights to citizenship. When countries deny IS fighters and their families citizenship and refuse to bring them to justice at home, it can bolster their sense of abandonment and in effect, make them feel more connected and accepted by the Islamic State and its hateful ideology. By doing this, countries are inadvertently preparing stateless fighters and their supporters to form the core of a future resurgence. The issue has been building for several years, as thousands of foreign fighters from dozens of countries have been captured in Iraq and Syria. These prisoners are being held in detention facilities unsuitable for long-term incarceration and are exceedingly vulnerable to mass prison breaks, a tactic employed by Islamic State militants to swell the group’s ranks as it built momentum in 2013 and 2014.

Already well versed in threatening to ‘flood’ refugees into Europe, Turkish leader Recep Tayyip Erdogan has frequently referenced this as a form of leverage. U.S. President Donald Trump has made similar statements to European countries about Islamic State militants and their families, threatening to ‘drop them right on your border’ back in October. The issue is no longer a hypothetical one. Following Turkey’s invasion of northern Syria, its armed forces came to control nearly 3,000 foreign fighters held in prisons and detention centers previously guarded by the Syrian Democratic Forces and other Syrian Kurds. Erdogan has repeatedly stated that countries must take back their foreign nationals, including known militants and their supporters, and when they failed to respond he took the initiative and began forcefully deporting these individuals back to their countries of origin. Last week alone, Turkey sent back former Islamic State members and their relatives to Germany, the United States, Denmark, and the United Kingdom.

Turkey remains locked in a tense conflict with various European Union (EU) nations over a range of issues, from humanitarian concerns to unauthorized oil drilling to security policy. Ankara has provided refuge to displaced Syrians and other refugees and has adamantly reiterated the need for EU nations and other countries to repatriate their citizens. Turkey has borne the brunt of the refugee crisis, housing more than 3 million in total, and now finds itself with thousands of Islamic State prisoners and no clear path forward to deal with them. Western countries have offered a litany of excuses for why they will not repatriate their respective foreign fighters. Most of these reasons are political, as politicians do not want to assume the perceived risk of having a returned fighter commit an attack after being repatriated. There are also legal concerns, including doubt over whether or not there is enough evidence to convict foreign fighters in a court of law and even when there is, whether the length of prison sentences will be sufficient. Other countries have lamented the drain on resources to have to track, monitor, and surveil returnees. The issue of proving legal culpability for specific crimes, such as murder, kidnapping, or torture, in remote war zones is an enormous challenge but one that can and should be addressed.

European nations have pushed to have their citizens face justice in Iraqi courts and have even proposed an international tribunal, which is merely a way to avoid the tough, but necessary responsibility for dealing with their own citizens. Some experts sympathize with the reluctance to repatriate citizens so closely associated with terrorism, as governments want to prevent the return of people they regard as dangerous to protect their citizens. But this outlook is myopic. Over the long-term, the inability to deal with this challenge in any meaningful way will only create greater danger in the future. The squalor of the camps and the lack of just treatment there, especially for children, fuels the Salafi-jihadist narrative of grievance and revenge that has proven so effective in recruiting followers.