You are here: Home / Analysis / Tunisian youth and “jihadist” migration: a historical perspective 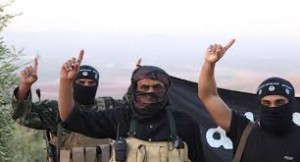 When the 2011 Jasmine Revolution catalyzed a major shift within Tunisian society, contemporary European observers noted that this movement exhibited similarities to the European model of revolution. Many argued that Tunisia’s experience had and would continue to remain distinct from those influences shaping the Egyptian, Yemeni, Libyan, and Syrian revolutions, which had quickly become influenced by militarism, tribalism, and fundamentalism.

French and Tunisian researchers Emmanual Todd and Youssef Courbage, who conducted a Tunisian census on demographics and education that they published in their book Le rendez-vous des Civilisations (2007), confirmed this notion. The authors presented the changes in social and familial makeup that Tunisian society witnessed in the last two decades of the twentieth century. Their research focused on the literacy rates, marriage and kinship ties, family sizes, and tracked these demographic changes’ impact on societal rights and freedoms in Tunisia. According to this data, it was social progress that led to such a different popular revolution than those seen in other iterations of the Arab Spring. The Tunisian experience lacked the otherwise dominant element of “political prayer” in public squares, as well as the emergence of mosques and minarets as revolutionary platforms.

Yet paradoxically, researchers also began to take note of a large number of young Tunisians in the ranks of al-Qaeda’s branches in Iraq, Afghanistan, North Africa, and later in the Islamic State of Iraq and the Levant (ISIS). In fact, both official and unofficial reports indicate that the number of young Tunisians joining ISIS is the highest of all Arab and Muslim nationalities, with approximately 6,000 fighters fighting abroad from a country with a population of around 11 million. Moreover, sources in the Tunisian Ministry of Interior have reported the prevention of an additional 15,000 young Tunisians from traveling to Syria via Turkey to join ISIS.

The Jasmine Revolution brought to light what might be called the “open” jihadist migration out of Tunisia. After Tunisia’s first legislative elections, the successful Islamic Ennahda Party began an “open door” policy for Tunisian youth joining radical Islamic movements in the Levant and in Syria to leave the country. Reportedly, the primary motivation for this policy was to remove the Salafist-jihadist influence from inside the country by encouraging its members and supporters to join Al Qaeda and ISIS abroad. Internally, the Salafists constituted a major source of disruption for the Ennahda party, which had not yet consolidated its support and government. Those Salafists who ultimately joined the jihadist movement apparently came to place revenge against tyranny above all other concerns, and subsequently began targeting Arab society as a whole.

Researchers have often since suggested that poverty, unemployment, marginalization, and the historical legacy of colonialism are the most important catalysts of Tunisia’s jihadist migration. Of these issues, the legacy of colonialism in Tunisia is perhaps one of the least discussed in its relation to fundamentalism. After France gave up its dominance over the cultural and economic life of colonized countries, these states were freed geographically but not intellectually from the weighty legacy of colonialism, which led to the split of Tunisian society into two contradictory sides. The first is fascinated by Tunisia’s colonialist legacy and has attempted to hold onto those aspects of colonialism it has deemed beneficial, while the second side has taken it upon itself to attempt to erase all traces of colonialism through religious extremism and a return to fundamentalism. Because both Habib Bourguiba and Ben Ali fought the latter group vigorously from Tunisia’s independence in 1962 until 2011, this voice remained subdued.

Yet the hibernating movement of fundamentalism only needed a spark to combust. That spark came with the Tunisian revolution and the subsequent atmosphere of freedom. Simultaneously, the phenomenon of extremism and Salafism-jihadism began to rebound under the Ennahda Party. Within a very short period, Salafism became part of the political and ultimately social and cultural landscapes of Tunisia. Manifestations of masculinity spread, represented by long beards and so-called “Shari’a” clothing, and women increasingly wore the niqab in Tunisian streets. The societal shift towards fundamentalism presented an excellent environment for Tunisian youth to become interested in Salafism and, ultimately, jihadism.

Other factors motivating Tunisian foreign fighters include the entrenched religious-sectarian imagination on one hand and radicalizing transnational discourse on the other. Although Tunisian society is not characterized by sectarian identities because its inhabitants are overwhelmingly Sunni, there is a regional media machine that propagates the idea that ​​Sunnis are being murdered in Iraq and Syria. This idea meshes well with the fact that many youth from the Maghreb or North Africa have a poor grasp on the societal mosaic that makes up the Levant and do not understand that what Sunnis are experiencing is also being experienced by Shiite, Alawite, Kurdish, Druze, and Ismaili communities in the region.

Instead, the regional situation appears bleak and one-dimensional: Sunnis are being killed. As Tunisian researcher Huda Hawas has noted, this interpretation is fueled by “a knowledge vacuum and ignorance of the religion, which easily infuses any vision or perception in the minds of young people.” In her view, collective imagination, rather than reality and knowledge of reality’s necessities, has become the driving force in many youths’ decisions to join foreign terrorist organizations.

Hawas believes that the absence of the humanities in education curricula and dominance of superficial knowledge or outright ignorance regarding religion, combined with marginalization and poverty, leave popular imagination accepting of extremist views. All these factors have turned the Tunisian youths “migrating” to jihad into ticking time bombs.

The most important reason for this combustibility, which can be described as “free immolation,” is the absence of socio-cultural and economic development projects to confront extremist ideology, whose speech has become transnational. It has become common for Tunisians to pray behind a Salafist imam from the Gulf, whose sermons began broadcasting via satellite in the last years of Ben Ali’s rule and have continued after Ben Ali’s overthrow. And whereas the state traditionally controlled the language of friday sermons in Tunisian mosques, this language is now controlled by religious charities, who are often using the pulpit to sow sectarian hatred and racism.

These extremist views face little backlash, since North African religious education is generally poor. Consequently, historical religious identity has become easy to co-opt by forming a composite of religious doctrine and local culture and merging this with a new identity formed to Salafist-jihadist standards.

Just as the mosque and other religious institutions in the European and American Muslim diaspora have become a major force in attracting youth towards extremist ideologies under the banner of “charity work,” satellite channels and social media networks play a similar role in majority Muslim countries. In the Arab world, most media outlets are not committed to the rules of professional ethics, and there is a lack of control over violent images broadcast by official and social communication streams.

Another often ignored issue—of no less political significance than other issues related to the crises of Arabs—is the Palestinian cause. This movement has and continues to attract the attention of Arab communities the world over. In this sense the Levant is influential not only symbolically as the Holy Land but also practically due to the partition of Palestine and the emergence of the State of Israel. The Palestinian cause, in which the issue of nation and land mixed with political Islam, became a template for the whole region. This marriage between religion and politics, which in turn necessitated the advocacy of a dual national and religious solution, had a significant impact on groups ranging from Islamists to nationalists and leftists in the Arab world.

Tunisian writer and journalist Walid Mejri has discussed at length the historical factors that developed into a pattern of Tunisian youth migration outside the national borders to participate in pan-Arab conflicts. According to Mejri, 1948 and the Arab-Israeli war began the first major migration. Later spikes in migration corresponded with subsequent Arab-Israeli conflicts, in 1967, 1973 and during the 1982 Israeli occupation of southern Lebanon. Based on these patterns, Mejri has posited that Tunisian youth migration to join al-Qaeda and ISIS is simply one iteration of a tradition of participation in conflicts across the Arab world, particularly those supporting the Palestinian cause.

Based on Tunisian presence among the ranks of al-Qaeda in 1980s Afghanistan and other radical organizations, it appears that the catalyst of the Palestinian cause partially morphed into a the desire to support a new symbolic homeland among the Afghani mountains of Tora-Bora.

Moreover, there is a deep link between elements of the Palestinian movement and the emergence of Salafism as a political force. The Palestinian diaspora throughout the Arab world was among the first incubators of a Salafist movement that cut ties with apolitical Salafists by espousing armed, globalized jihad, as well as labeling a variety of secular and Muslim regional political actors as infidels. Palestinian figures such as Omar Abu Omar (Abu Qatada), Hisham Sharidi, and Abdullah Azzam  severed their ties with the diaspora by building an imaginary homeland, consecrating the absence of a nation and its memory. Under their leadership, these prototypical groups turned “no-place” into an imagined, alternative homeland within Afghanistan, Iraq, Syria, and any other location where jihadist heroic acts could be carried out.

The magic of an “imagined homeland”—devised by political Islam to replace the continuing failure to make a Palestinian state a true geopolitical reality—attracted huge numbers of youth from other Arab and Muslim countries, among which Palestine held the lion’s share. The spell this concept cast dragged those captured by it to the bottom, a world of sectarian rejections and “free immolation.”

In summary, this is a historical migration, driven by overlapping layers of nationalism, politics, and religion. But above all, jihadist imagination has become a substitute for a the tragedies of the present reality. It moves from the absurdity of post-liberation to the search for the “Garden of Eden” close to the colonizer, from the walls of despotism to the courtyards of the “Arab spring.” Among all those phases, the involvement of Arabs in extremism and “free immolation” remains one of the questions that emerged in the twentieth century and promises to profoundly shape our current century.