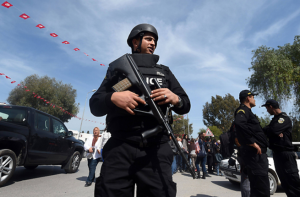 A “terrorist cell” operating in several regions of Tunisia was dismantled, the Ministry of the Interior announced Sunday.

In a statement, the department added that security units in Sfax have arrested in Sousse one of the leaders of the cell composed of “six Takfiris having sworn allegiance to Daesh.”

According to preliminary investigations, it turned out that this element had returned from Syria after having participated in terrorist operations and fighting in this country. “He is in charge of the armed wing of the cell and responsible for the training of recruited elements,” the same source added.

Two other members of the cell were arrested in an ambush in the town of Mahres, Sfax and two others in the town of Skhira, Sfax, it was also reported in the statement.

A woman, who was among the members of that cell, was also arrested. She had been earlier arrested in a terrorism-related case, said the Ministry of the Interior.