You are here: Home / Mediterranean / Tunisia will boost security to win back tourists 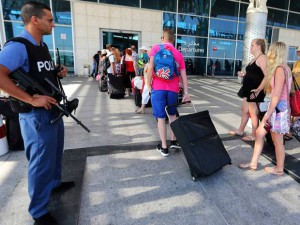 Tunisia has seen tourism numbers plummet after a gunman killed dozens of holidaymakers at a beach resort in June, but hopes increased security at hotels, airports and museums can start to restore some confidence in the North African country.

“We are scared Tunisia will disappear off the tourist map,” Abdellatif Hamam, the director general of the Tunisian Tourist Office said on Tuesday at a tourism conference in Germany.

“The top priority for the next years will be safety, safety, safety. We cannot afford any more incidents that (target) the tourism sector,” he added.

The country, which relied on tourism for around seven percent of its gross domestic product, is under a state of emergency after two Daesh militant attacks on tourist sites.

Thirty-eight people were killed by the gunman at a hotel in Sousse on the Mediterranean Coast in June, just three months after 21 tourists were killed in the Bardo National Museum in Tunis.

Hamam said Tunisia had been slow to halt the gunman in Sousse and that the country was now learning from security forces from Germany, France, Britain and Italy.

He said more spot checks were being carried out at hotels, both by Tunisian authorities and the hotel companies themselves, and the government had the power to close any hotels that were not complying with new tougher security provisions.

He added that Tunisia was also providing German partners with weekly updates on security.