You are here: Home / Mediterranean / Tunisia thwarts Islamist attack near border with Algeria 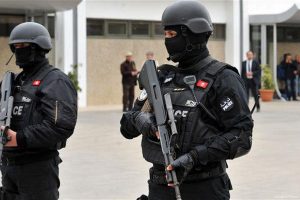 The Tunisian National Guards foiled an attempted attack against a national guards border post near its frontier with Algeria, the interior ministry said in a statement, according to middleeastmonitor.com.

“The National Guards in the province of Kasserine, 600 metres from the Tunisian-Algerian border, have thwarted a terrorist attack by six to eight militants divided into two groups,” the ministry said, adding that the National Guard soldiers fired at the two groups forcing them to withdraw and flee towards a forest near the border.

According to the statement, the National Guards in Kasserine and military units in coordination with the Algerian security authorities have increased their presence in the area to pursue the militants.