You are here: Home / Mediterranean / Tunisia: terrorist gunned down in shootout with national guards 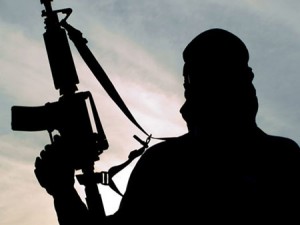 A terrorist was killed on Sunday evening in a shootout between national guards and a terrorist group in a mountainous area between Jebel Serj and jebel ballouta, southern siliana.

A Kalashnikov and a grenade were seized, said Spokesman for the Interior Ministry Walid Louguini. The terrorist would be a foreign national according to preliminary investigation, he added.

There were no reports of injuries among national guards.

National Guard units Sunday mounted an ambush in the mountainous area between Siliana and Kairouan after receiving intelligence of the presence of terrorists in the region, communication officer of the National Guard Khalifa Chibani told TAP earlier. A heavy shootout ensued, he indicated.

The operation was conducted in connection to a terrorist group in the area, Louguini pointed out. A group of 20 individuals sought Friday to get supplies in the region of Bouabdallah, Jbel Ballouta (governorate of Siliana), media reported.