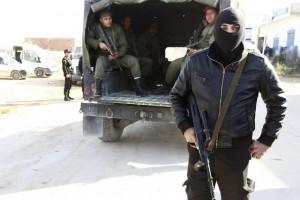 The National Security unit of Tajerouine (El Kef) has arrested four individuals who “confessed during police custody to having pledged allegiance to Daesh and created a terrorist cell called the Islamic state cell in Tunisia,” an Interior Ministry statement said Tuesday.

“Investigations began following the arrest of a Tunisian terrorist in possession of a firearm and a laptop containing messages of terrorist connotation,” the same source reads.

According to the statement, the investigation later revealed that that person had links with three other suspicious individuals, who were wanted before being arrested. Several mobile phones, digital cameras, Central Units and other digital media (CD-ROM) were seized.

The four suspects were taken into custody on decision of the Public Prosecutor, the same source reported.