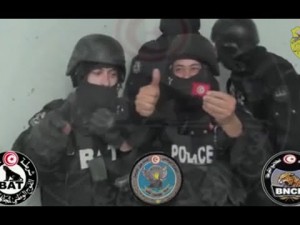 The special unit of the anti-terrorist brigade arrested 6 individuals in Monastir including one subject of three wanted notices for ordinary crimes announced the Interior Ministry in a Statement.

This arrest is part of the efforts aimed to dismantle the terrorist cells and thwart their plans, notably those related to traffic of weapons, the same source underlines.  The investigation revealed that some of these suspects held handguns and unlicensed hunting rifles along with artisanal guns made by one of them who illegally made bullets, the same source indicates.

This operation helped seize 6 handguns, 134 bullets compatible to this kind of weapons, 18 hunting rifles and more than 7,000 cartridges of different sizes, in addition to chemical products, parcels and military jackets, the statement reads.

The defendants were referred to the Tunis first instance court’s prosecutor after the closure of the investigation.