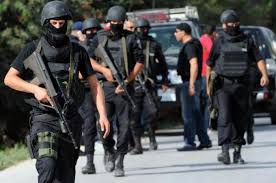 Six cells sending Jihadists to hotbeds of tension were dismantled last week, the Interior Ministry Monday announced in a press release.  The cells are made up of 27 Takfiris, including 5 women.

The operations were conducted by the National Guard counter-terrorism units in the governorates of Tataouine, Medenine, Gabès, Sidi Bouzid and Ariana.

Members of a family involved in the events of Ain Tebournouk (Nabeul) in December 2006 were also arrested while attempting to cross illegally to Libya to “join terrorist groups and get training before heading back to Tunisia,” the ministry indicated.