You are here: Home / Mediterranean / Tunisia says it has prevented major militant attack this month 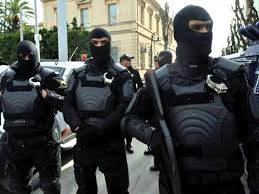 Tunisia has arrested a cell of 17 Islamist militants and prevented a major assault on hotels and security forces planned for this month, a senior government official told Reuters on Tuesday.

“We have foiled a major attack this month that the terrorist cell was preparing against vital installations, hotels, security centres and against politicians to bring chaos to the country,” Interior Ministry security chief Rafik Chelli said.

He said some of the militants had been trained in Libya and Syria and were awaiting orders to carry out the assault.

Islamic State has claimed two attacks on Tunisia this year. In March, gunmen killed 21 tourists in an attack at the Bardo Museum in Tunis, and 38 foreigners were killed at a beach hotel in Sousse by another gunman in June.