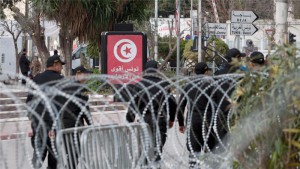 Tunisian authorities have warned of possible car bombings in the capital Tunis and banned traffic in parts of the city after receiving intelligence reports about potential attacks, the state news agency, TAP, has said.

Sunday’s report, based on an interior ministry source, said that a potential assault involving car bombs and attackers with bomb belts had meant to target strategic points in Tunis.

“Orders have been given to intensify patrols and searches by the police and the army in certain parts of the capital and the suburban neighbourhoods,” the source said.

Authorities closed off access to the main Avenue Habib Bourguiba in the centre of the city and several other main streets, the agency reported.