You are here: Home / Senza categoria / Tunisia needs support in its fight against terrorism 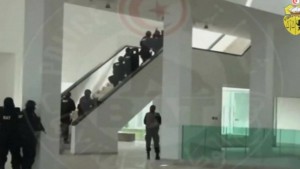 The Bardo Museum attack last week threw Tunisia into confusion, with little sense of how the devastating massacre occurred. The Tunisian government has begun to formulate a response, and recently acknowledged the security failure and dismissed senior police officials as a result. The government also issued a number of decisions, most notably increasing coordination between army commanders, reviewing border security structures, providing the army and security forces capabilities to work at night, and taking measures to secure major cities. Although these are important steps, they do not seem sufficient to prevent another large-scale attack.

Tunisia does not yet possess a clear plan to counter extremism. Many believe that the security forces failed to take the necessary measures to prevent the Bardo attack, citing their weak structure and lack of experience, training, and reliable intelligence. Others have suggested that certain agencies may have been infiltrated, especially following the recent announcement that the Tunisia security forces and government were monitoring the attackers and knew one of them had traveled to Libya for training.

Tunisia needs a clearer strategy to face radicalism, one that addresses its security implications as well as its cultural, economic, and social roots. Such an approach should find support both regionally and internationally, as no one country can prevail in this fight on its own.

Although Tunisia has close security ties to the United States and Europe, this cooperation has been limited to training, logistics, combating clandestine migration, securing the Mediterranean, and exchanging information. Tunisia requires more robust Arab and Western support. Former president Moncef Marzouki first addressed this issue in 2014 when he called on Washington to provide the country with sufficient equipment to fight terrorism.

After the Bardo attack, the French pledged to increase security cooperation and the United States agreed to provide twelve UH-60M Black Hawk helicopters, although later decided to reduce the number to eight. Prime Minister Habib Essid indicated that Tunisia would receive the helicopters within months, noting that the deal requires the approval of Congress, which is complicated due to bureaucratic procedures put in place by U.S. law. The U.S. embassy in Tunis has confirmed that helicopters will not arrive until 2016.

This past January, Washington delivered a second C-130J Super Hercules military transport aircraft to Tunisia, on the basis of a contract signed in 2010, in addition to training and logistical support. But as the country’s security hangs in the balance, the United States should work to remove the obstacles preventing the rapid delivery of military equipment to Tunisia, where there is no fear—in contrast to Syria and Iraq—that it could end up in the wrong hands.

However, Western support is not enough. Tunisia is also waiting for aid from its Arab partners, particularly Algeria, which has experience in fighting extremists and rooting out terrorist cells. Both sides have confirmed that security cooperation has increased since Beji Caid Essebsi visited Algeria in February after winning Tunisia’s presidential election. However, Algeria tends to view terrorism as a Western pretext for regional interference, so Tunis cannot rely on Algiers for more aid.

As for the country’s eastern border, the warring factions in Libya have left a security vacuum. Commitments from the governments in Tripoli and Tobruk to the security and stability of Tunisia and to cooperate with Tunisia in the fight on terrorism are merely empty gestures.

In the post-Arab Spring Middle East, Tunisia is the only country that has not witnessed civil strife. But the country is still building its institutions, which will remain fragile for years to come. Arab and Western allies have a key role to play in ensuring Tunisia’s success. Without it, its future is in real danger.