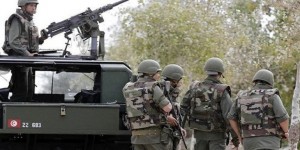 A three-member “terrorist” cell, including a woman, was dismantled in the Tunisian province of Jendouba delegation by the national guard’s investigation and search unit, the official TAP news agency reported.

They admitted to communicating through social networks with “terrorists” hiding in the heights of Jendouba and El Kef as well as to having ties with members of ISIS group in Syria and Libya, the Interior Ministry said.

The public prosecution ordered the suspects to be remanded into custody and to open an investigation.