You are here: Home / Mediterranean / Tunisia: Islamic terrorist-funding-network broken up 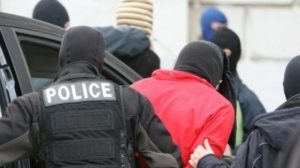 According to an Interior Ministry press release Wednesday, the network has been financing Tunisian terrorists in Syria and active between Tunisia, Libya and Turkey, like reported by tap.info.tn.

Thirteen suspected terrorists, including women, were arrested in Ben Guerdan, Bizerte and Ariana.

“The network has managed to transfer large amounts of money through intermediaries to Turkey which were then sent to Syria,” the same source specifies, adding that it appears from investigations that most of the network’s members live in Ben Guerdan where they operate in foreign currency trafficking and money laundering.

“The arrested used to launder money earned in trafficking foreign currencies by buying gold and real properties and funding their trading activities,” the Interior Ministry explained.

Eleven suspects were arrested and detained during a raid on premises belonging to them and amounts of money in Tunisian dinar and foreign currencies (Libyan dinar and euro), jewellery, 4 unauthorised shot guns and two cars with false registration plates worth 3 million Tunisian dinar, were seized during a the security intervention, according to the same press release.

The interrogation of the 11 suspected terrorists arrested in Ben Guerdan led to the arrest of two women living in Bizerte and Ariana suspected of financing terrorist groups.

Under the Public Prosecutor’s order, the 13 suspects were placed in custody and a judicial investigation was initiated over “donation and collect of money for the benefit of members, organisations and activities linked to terrorism, and money laundering suspicions.”