You are here: Home / Mediterranean / Tunisia: group of 5 terrorists unmasked in Jendouba 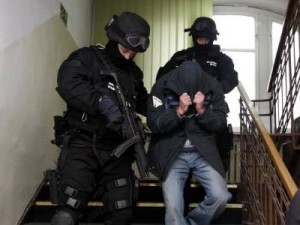 “A group of 5 terrorists” was unmasked in Souk Jemaa, in Jendouba, by the national investigation unit on terrorism crimes in collaboration with the Jendouba and Beja National Guard districts, the Interior Ministry said in a press release, Sunday.

The group was plotting “in cooperation with terrorists on the run in Libya, acts targeting the police,” and “providing funds to the remaining terrorist elements based on the country’s western heights, the ministry specified.

The arrested group members will be brought before the Public Prosecutor to Tunis Court of First Instance, the press release reads.