You are here: Home / Mediterranean / Tunisia: extremist arrested over US embassy attack 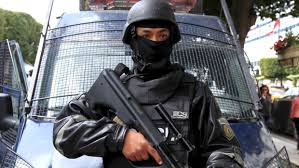 Tunisian police forces from Mjéz El Beb have arrested in Beja, some 100 km west of the capital, an Islamic extremist with terror organization Ansar al Sharia.

The man, who was wanted by police since 2012 and is considered one of the leaders of Ansar al Aharia in north-west Tunisia, needs to serve a two-year prison sentence for taking part in the September 14, 2012 attack on the US embassy in Tunis, Tunisian security forces told local radio Shems fm.