You are here: Home / Mediterranean / Tunisia extends state of emergency

A state of emergency in Tunisia has been extended until February 21 as the threat of terrorism in the country remains high. 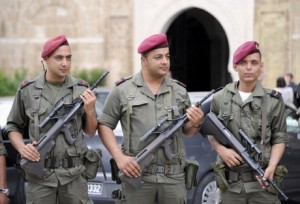 The original state of emergency was imposed until December 22, 2015, following a suicide attack on a police bus in November.

However, it has now been extended with the Foreign Office, which advises against all but essential travel to the majority of the country, adding: “The threat from terrorism in Tunisia is high.

“Further attacks remain highly likely, including against foreigners. Security forces remain on a high state of alert in Tunis and other locations.

“You should be vigilant, avoid crowded places and follow the advice of the Tunisian security authorities and your travel company, if you have one.”