You are here: Home / Mediterranean / Tunisia extends state of emergency for additional month 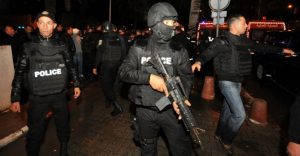 Tunisian President Beji Caid Essebsi has decided to extend the countrywide state of emergency for an additional month starting 7 November, the presidency announced according to middleeastmonitor.com.

“Following consultations on the country’s security situation with the Prime Minister Youssef Chahed and the President of the People’s Representatives Assembly Mohamed Ennaceur, the president decided to extend the state of emergency throughout the country for one more month,” the presidency statement read.

The last extension, which lasted for a month, was imposed on 8 October.