You are here: Home / Mediterranean / Tunisia extends state of emergency 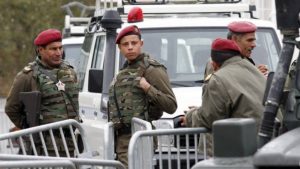 Tunisia has extended its state of emergency for another seven months, like reported by travelmole.com.

It was first declared in November 2015 following a suicide attack on a police bus, which was months after an attack on a beach in Sousse which killed 38 people, including 30 British holidaymakers.

The UK Foreign Office said although the Tunisian government has since improved protective security in major cities and tourist resorts, terrorists are still ‘very likely’ to try to carry out attacks in Tunisia.

It said there is also a heightened risk of terrorism against aviation.

“Security forces remain on a high state of alert in Tunis and other places,” it said.

“Additional security measures which restrict electronic devices on-board planes, have been in place on flights departing from Tunisia to the UK since March. You should co-operate fully with security officials.”