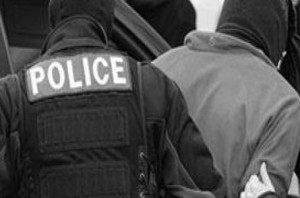 Eleven Takfiris, native of the capital and members of a cell recruiting youth to fight in Syria were arrested by units under the Central Intelligence and Investigation Authority, the Interior Ministry reported in a statement Tuesday.

Among the eleven individuals arrested, there is one terrorist wanted by the National Unit for the Investigation of Terrorism Crimes under the National Guard for belonging to a terrorist cell that planned to kill national figures, the same source added.