You are here: Home / Mediterranean / Tunisia calls in Cairo for implementation of Arab League anti-terror resolutions 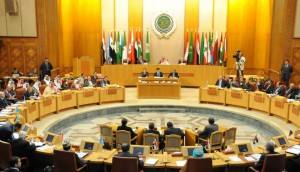 Abdouli, who was leading a Tunisian delegation to the 144th ordinary session of the Arab League Ministerial Council held in Cairo, reiterated Tunisia’s full commitment to supporting the Palestinian people and defending their right to establish a Palestinian state enjoying full sovereignty in accordance with international resolutions.

While recalling Tunisia’s positions about Arab issues, including the crises in Libya, Syria and Yemen, the Tunisian diplomat underscored the need to close ranks and step up inter-Arab action for the triumph of Arab causes.

On the sidelines of the session’s work, Touhami Abdouli discussed with Arab League Secretary-General Nabil Al-Arabi the preparations for the 4th Arab Economic and Social Development Summit to be held shortly in Tunis.

According to a Foreign Ministry press release issued Monday, the Secretary of State for Arab and African Affairs also had meetings with heads of delegations of countries that took part in this session.

They are, in particular, the heads of delegation of Algeria, Morocco, Mauritania, Libya, United Arab Emirates, Qatar and Iraq.