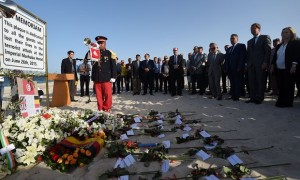 Tunisia wants to learn security lessons from the inquest into the deaths of 38 tourists, including 30 Britons, at the beach resort of Sousse in June 2015, but needs more help from the EU to end the deprivation that can be a breeding ground for terrorism, a Tunisian minister has said, according to theguardian.com.

The only surviving democracy spawned by the 2011 Arab spring, Tunisia is heavily dependent on tourism to keep its economy afloat. The six-week coroner’s inquest has thrown a harsh light on its security apparatus, with testimony that police officers slowed down on their way to the terrorist mass shooting.

Sabri Bachtobji, the foreign affairs secretary, said: “It is right that the families of English tourists know what happened that day.”

He told the Guardian: “The police service was not well prepared for this kind of terrorism. This country does not have a lot of resources and … after the revolution in 2011, so much was happening it was difficult to locate the greatest challenge.

Previously the country’s ambassador to Brazil, Bachtobji recalls convening an ecumenical prayer service after the deaths of 22 people in the shooting attack on the Bardo museum in Tunis in March 2015. “Bardo was catastrophic, so I got all the ambassadors from all the countries affected, as well as the ambassador of the Holy See and imam and we had a collective prayer. We prayed together, and just said we were not going to be divided.”

Tunisia is on its fourth government since the revolution of 2010-11 overthrew Zine al-Abidine Ben Ali.

The challenge is formidable, for many historical reasons. Tunisia has one of the highest per capita number of militant Islamists, a problem linked to widespread radicalisation among disillusioned youth, a loosening of security controls after the uprising, and a conservative Salafist strain of teaching that has reacted against democracy and freedom.

The interior ministry claims more than 3,000 Tunisians are known to have travelled abroad to wage jihad. It believes 800 have already returned to the country. There have been street protests in Tunis and Germany is pressing the Tunisian government to take back its failed asylum seekers following the Christmas terrorist attack in Berlin carried out by the Tunisian Anis Amri. The Tunisian government knows it cannot deny the right of return.

At the same time, the fall of the Islamic State stronghold of Sirte in neighbouring Libya led to fears that jihadis would seek to cross the relatively open border into Tunisia. A ditch to strengthen the border was built, and American-supplied drones have been deployed to monitor the movements of jihadis.

Bachtobji said: “It’s not easy because of our resources but we are reforming the administration, the budget. We need greater equality in society. Above all, we need great equality between the inner parts of Tunisia where the revolution started and the coastal region. We are a very open country, a gathering place of cultures, and the historic problem is that the interior of Tunisia has never developed in the same way as the towns in the coastal areas.

“The lack of development, the unemployment, led to the revolution in the inner areas, in towns such as Sidi Bouzid, and our aim in 2016-20 is to develop 50 infrastructure projects in these regions.”

The scale of the imbalance is striking. A recent study by the European Council on Foreign Relations found that approximately 56% of the population and 92% of industrial companies are located within an hour’s drive of Tunisia’s three largest cities, Tunis, Sfax and Sousse.

Economic activity in these three coastal cities accounts for 85% of Tunisia’s GDP, the report said. On the eve of the fall of Ben Ali, poverty was estimated at 42% in the centre andwest of the country and 36% in the north-west, whereas it was at 11% in Tunis and the centre-east.

Terrorism is both holding back growth, and acting as the spur to the government to speed up economic reform, Bachtobji argues. “The terrorists, they are the enemies of civilisation, and know now that by attacking the economy they are trying to make our democracy collapse so the best response is greater solidarity, and to say it is a good time for Europeans to return to Tunisia. The more people, the more British people that return to Tunisia the better,” he said.

“[Either way] there will be no going back and liberty will remain. I used never to read the newspapers in Tunisia because they were all the same. In fact, if I did read them I knew the opposite of what was written was the truth. Now they hold up a mirror to ourselves. It is not always a perfect sight, but it is the truth.”