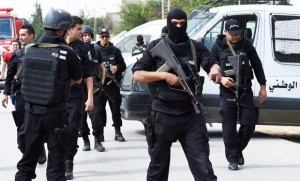 The attackers gunned down foreign tourists visiting the national museum in Tunis, in one of the worst attacks in the country, which has mostly avoided violence since its 2011 uprising against autocrat Zine El-Abidine Ben Ali.

The interior ministry said in a statement that the 23 new suspects belonged to two terrorist cells. It said that so far 46 suspects have been arrested since the Bardo massacre.

“Members of these terrorist cells will be charged of being accomplices in the terrorist incident (Bardo attack) through providing weapons and logistics help,” the statement said.

Japanese, Polish, Spanish, French and Colombian tourists were among those killed in the attack the government says targeted Tunisia’s vital tourism industry, which makes up around seven percent of its economy.

Islamic State claimed responsibility for the attack although the Tunisian government said fighters from a local group, Okba Ibn Nafaa, that has been mostly based in the Chaambi mountains bordering Algeria, were involved.

The Bardo attack has underscored how Islamist militant loyalties are shifting as they seek a new North African front, especially in Libya, where political chaos and factional fighting has allowed Islamic State to gain an outpost.