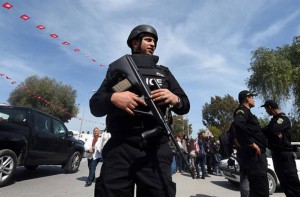 Tunisian police have arrested four people suspected of planning to carry out attacks in the capital.

Yasser Mesbah, a spokesman for the Tunisian Interior Ministry, said on Wednesday that the group was composed of three men and a girl, adding that they were “planning attacks against a commercial center and a post of the National Guard (police) in Tunis.”

The spokesman said the four, who had been communicating on Facebook, were arrested in the capital’s southern suburb of Ben Arous.

Tunisia has experienced violence since the 2011 uprising that ousted the country’s dictator Zine El Abidine Ben Ali, who was in power for over two decades.

The country has also been affected by the growing instability in neighboring Libya, which has been in chaos since former dictator Muammar Gaddafi was toppled and later killed in 2011.

Since November 2015, Tunisia has been in a state of emergency in the wake of deadly attacks on the Bardo National Museum in Tunis and a seaside resort in Sousse, which were claimed by the Daesh Takfiri terrorists.

On November 14, security sources said they had discovered five caches of arms in southern Tunisianear the border with Libya and seized large quantities of weapons.

On November 9, the Tunisian Defense Ministry said the country’s army had hunted down and shot dead a leader of a militant group affiliated with Daesh that assassinated a soldier at his home in central Tunisia.