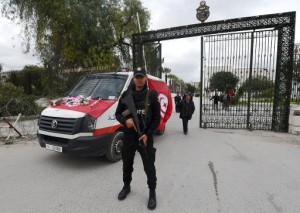 Tunisia has arrested a second Moroccan suspect over a deadly attack in March on the Bardo museum in Tunis, the interior ministry said Thursday.

Noureddine al-Naibi was arrested on Sunday at Ras Jedir border post on the frontier with Libya on suspicion of indirect involvement in the attack, ministry spokesman Mohamed Ali Aroui told AFP.

Last week, a young Moroccan man was arrested in Italy for allegedly helping in the March 18 attack carried out by two Tunisian gunmen in which 21 tourists and a policeman were killed before the assailants were also shot dead.