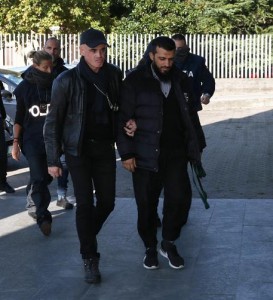 The investigating judge at the Judicial Counter-Terrorism Pole has issued arrest warrants against seven members of a terrorist cell composed of 10 individuals, said Sofiene Selliti, spokesman of the Pole.

These members are suspected of planning attacks during the New Year celebrations. They were considering targeting one of the major institutions as well as military security patrols, he said in a statement to TAP.

Among these members, terrorist Nasreddine Ben Dhiab and six other members were brought before the judicial counter-terrorism centre after being heard by El Gorjani’s anti-terrorist unit, Sliti added.

As for the rest (3 individuals) of the members forming this cell, they are still on the run, said the spokesman.

Sliti reminded that Ben Dhiab is the leader of this terrorist cell and supplies it with raw materials used in the manufacture of explosives. He was expelled from Italy for involvement in terrorist cases and handed over to the Tunisian authorities at the end of December 2016. Ben Dhiab, 23, had pledged allegiance to the terrorist organisation “Daech”.