You are here: Home / Mediterranean / Tunisia against returning jihadists 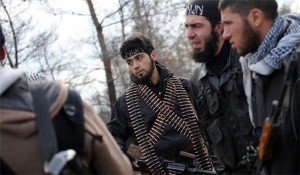 Tunisian ministers will meet Thursday to decide on an action plan against jihadists returning from foreign battlefields, a government source said, as fears mount they could destabilize the North African country, like reported by arabnews.com.

The ministerial meeting to be chaired by Prime Minister Youssef Chahed follows a number of gatherings between security and judicial experts on the matter.

“There will be a ministerial meeting tomorrow with a view to launching a strategic action plan,” the source in the prime minister’s told AFP on Wednesday.

The United Nations estimates that more than 5,500 Tunisians are fighting alongside extremist groups, including in Syria, Iraq and Libya where the Daesh group seized swathes of territory.

Concern about their return has risen since Tunisian Anis Amri was identified as the suspected attacker who mowed down 11 people with a hijacked truck at a Berlin Christmas market last week and also killed the driver.

The source, who spoke on condition of anonymity, said the “comprehensive strategy” that the government was reviewing had been drawn up in the prime minister’s office last month.

Last week, Interior Minister Hedi Majdoub told Tunisia’s parliament that 800 jihadists had already returned from the front lines, stressing however that the authorities have them on their radar.

Despite such assurances, Tunisians rallied outside parliament at the weekend to protest against allowing jihadists back into the country.

Politicians and their parties have expressed similar concerns, criticizing the authorities’ inaction.
The national union of internal security forces has called on the government to strip Tunisian jihadists of their nationality.

President Beji Caid Essebsi said in early December that his country was “taking all the necessary measures” to ensure that jihadists returning from Syria and Iraq are “neutralized.”

Citing the constitution, he said however that “we can’t prevent a Tunisian from returning to his country.”
“We will not put them all in prison because we would not have enough prisons… but we will monitor them,” he added.