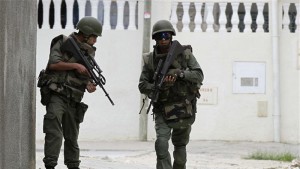 Seven individuals, holding suspicious meetings in a Moorish bath in Bou Mhel-El Bassatine (Ben Arous), were arrested following reports received by the Research and Investigation Unit of the National Guard of the region, like reported by tap.info.tn.

Described as Islamists by the Ministry of the Interior, these individuals, aged between 31 and 48, chose to meet away from prying eyes in a Moorish bath after convincing the owner to reserve the place for a day.

The Public Prosecution ordered the suspects to be taken into police custody and prosecuted for suspicion of involvement in a terrorist organisation.