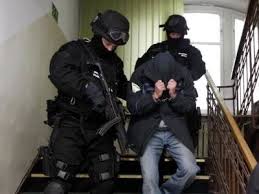 22 individuals suspected of belonging to terrorist organisations have been arrested by the police, the Interior Ministry said in a press release Tuesday.

The arrests conducted during the period from July 31 to August 4, 2015 after consultations with the Public Prosecutor are part of anticipative security operations to avert terrorist attacks, said the same source.