You are here: Home / Analysis / Trump’s tomahawks and the Abu Nidal factor

Trump has a limited agenda: Eradicate ISIS, empower the Kurds and eject Iran and Hezbollah from Syria, like reported by middle-east-online.com 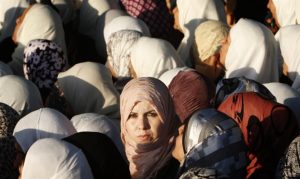 In June 1982, US Secretary of State Alexander Haig warned Israeli Prime Minister Menachem Begin that he could not invade Lebanon without a viable pretext. Weeks later, Israel’s ambassador to Britain, Shlomo Argov, barely survived an assassination attempt in London by a Palestinian terrorist group led by the notorious Abu Nidal.

Israeli leaders knew that Yasser Arafat’s Palestine Liberation Organisation (PLO) had nothing to do with it and was even battling Abu Nidal itself.

That did not really matter to them. Rafael Eitan, Israel’s action-man military commander at the time, famously said, “Abu Nidal, Abu Shmidal. I really don’t care; we need to screw the PLO!”

The Argov shooting was the pretext they had been waiting for to invade Lebanon in Ariel Sharon’s grandiose plan to wipe out the PLO once and for all.

Israeli forces struck on June 5, 1982, in a war that did not really end until May 2000 when Israel terminated its occupation of South Lebanon.

Much of that analogy applies to Syria today.

When US President Donald Trump ordered a missile attack on Syria on April 7, perhaps he did not really care about the children who died two days earlier in a chemical attack allegedly by the Syrian Air Force on Khan Sheikhoun in north-western Syria.

It was not the first time this has happened, after all, and, in 2013, Trump famously opposed Barack Obama’s plans to strike the Damascus regime over alleged chemical weapons violations, tweeting: “What will we get from bombing Syria besides more debt and a possible long-term conflict?”

During Trump’s presidential campaign he was fairly consistent on Syria, saying he could tolerate the Damascus regime because it was fighting the Islamic State (ISIS) and that he would never pick a fight with Russia over Syria because that would trigger a third world war.

Trump reportedly changed on all that after seeing photographs of children killed in the chemical attack. He decided to strike, without waiting for a proper investigation of the alleged atrocity, without consulting Congress and without going through the United Nations.

Even with nearly 60 Tomahawk missiles fired, it was a swift and limited strike, which unless followed by more serious action, will not deter Assad and his Russian allies and only adds another layer of complexity to an already convoluted crisis.

The strike infuriated Russian President Vladimir Putin. It was likely humiliating for him, both within Syria and internationally.

On April 9, the Joint Command Operations Centre in Syria, which includes the Damascus regime, Iran and Russia, warned the United States against further military action, reinforced support for Assad and accused the Americans of crossing a “red line.”

They cannot respond directly to the Americans if another strike is launched but they can certainly make life difficult for US allies in the region, starting with Saudi Arabia in Yemen and running through Israel’s border with Lebanon.

So why did Trump strike Syria? First, he badly needed to remind everybody, including the American public that, unlike Obama, he is a man of action.

The strike was made while he hosted Chinese President Xi Jinping, so the Tomahawks can be seen as a cautionary message to China of US military might as well as an early warning to North Korea over its provocative missile tests.

“It is in the vital national security interests of America to prevent and deter the spread and use of deadly chemical weapons,” Trump declared, branding Assad a “dictator” but stopping short of calling on him to step down.

In Damascus and Moscow, many believe that Trump was under so much pressure to strike Syria that he finally did, and now has room to manoeuvre politically in hammering out a Syrian endgame.

From the tone of Russia’s joint statement with Iran, both are obviously worried but somewhat assured that US military action will not escalate.

Trump after all is certainly not after democracy in Syria. Far from it. He has a limited agenda: Eradicate ISIS, empower the Kurds who are vital for the war against the jihadists, and eject Iran and Hezbollah from Syria.

He might now add another priority, creating a safe zone that would prevent Syrian ground and air operations in places such as Raqqa, de facto capital of ISIS’s shrinking caliphate, which Trump hopes will soon be overrun.

What he likely hopes to have achieved with the April 7 strikes is convincing the Syrians that he means business and should not be taken lightly or as a natural ally of Putin.

In 2013 during the first confrontation over chemical weapons, for Syria the price of avoiding US intervention was surrendering its chemical arsenal or seeming to.

The price of avoiding confrontation now would appear to be accepting Trump’s terms on Syria — and they do not apparently include regime change in Damascus.

However, in the Kremlin many argue that if Trump can change his mind once in the course of a week, he could do so again.