You are here: Home / MidEastGulf / Trump seeks to include Israel in CENTCOM 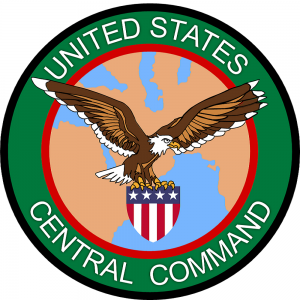 The US is moving to include Israel in Central Command, the military command that oversees a vast swath of the Middle East, according to a report in The Wall Street Journal. For many years Israel and Turkey were included in European Command because Israel was largely rejected by most countries in the region and it was difficult for the US to host Israeli generals and their counterparts. Turkey was a member of NATO, like reported by jpost.com.

For years there has been talk of correcting the historic anomaly and moving Israel to be included bureaucratically in the command that is rooted in the Gulf with important bases in Bahrain, the UAE and Qatar. CENTCOM, as it is called, played a key role in running the global war on terror, including operations in Iraq, Syria, Afghanistan and also in the Gulf.

The news that US President Donald Trump is pushing for Israel to be moved was reported by the Wall Street Journal. Military Times notes that “It is the crowning piece of Trump’s efforts to stitch together disparate nations with a common enemy, following the signing of the Abraham Accords, in which Israel normalized relations with former enemies Bahrain and the United Arab Emirates.”

Israel will be the 21st country under CENTCOM.

The Wall Street Journal noted that “President Trump has ordered that the major U.S. military command for the Middle East be expanded to include Israel, in a last-minute reorganization of the American defense structure that pro-Israel groups have long advocated to encourage cooperation against Iran, U.S. officials said Thursday.”

US General Lloyd Austin, who President-Elect Joe Biden tapped as his Defense Secretary, spoke in 2015 of his close relationship with Israel’s Chief of Staff Benny Gantz. “My hope, and I know this will be the case, is that we will continue to have a very, very strong relationship going forward,” he said at the time. Austin ran CENTCOM from 2013 to 2016.

In a November Michael Makovsky, president of Jewish Institute for National Security of America (JINSA), and retired Gen. Charles Wald, a former deputy commander of US European Command, said they supported moving Israel from one command to the other.

“The recent Abraham Accords between Israel and the United Arab Emirates and Bahrain both reflect and augur a growing strategic alignment between Israel and key American partners in the Middle East, driven primarily by the worsening Iranian nuclear and regional threats,” JINSA’s website notes. “The next crucial step is for the United States to relocate Israel to the area of responsibility (AOR) for American forces in the Middle East, known as US Central Command (CENTCOM).”

The move could improve operational cooperation between Israel, the UAE and other Gulf states. Reports indicate more states in the region are moving toward peace with Israel. Ramifications could include more support for this concept in Congress, where several representatives already supported the move.

This has bipartisan support, but with the end of days of the Trump administration including a second impeachment, it is not clear how it will be received. There are not only bureaucratic and Abraham Accords ramifications. In addition the move could help to coordinate strategic munitions stockpiles in the region. Some of these Israel has or needs access to, such as precision guided munitions.

However the Iraqi government sought to stop US unfettered use of its airspace in the fall of 2019 because Baghdad and pro-Iranian voices in Iraq blamed Israel for airstrikes in July and August. Military Times noted at the time “the cause of the explosion is unknown, but officials have blamed overheating, while rumors have flown that it was an Israeli airstrike targeting weapons stored by Iran-backed militias.”

US Secretary of Defense, according to sources, was concerned about possible Israeli airstrikes in Iraq and how it might impact US troops. Iran and pro-Iran militias have threatened US forces in Iraq increasingly since May 2019. US Inspector General Reports about the anti-ISIS campaign, called Inherent Resolve, said in the fall of 2019 that “suspected Israeli airstrikes on Iranian-aligned militia bases in Iraq in July and August elicited a rebuke from Iraqi parliamentarians and resulted in Iraqi government-imposed air restrictions.

CENTCOM was concerned that Iranian-backed forces might target the US if they viewed the US as complicit in the airstrikes. Media in Iraq fed this rumor, claiming that the US had carried out various airstrikes. The US denied they had a role.

In June 2018 an airstrike targeted pro-Iranian groups in Syria near Albukamal and the Iraqi border. “No member of the US-led coalition carried out strikes near Albu Kamal,” Major Josh Jacques, a US Central Command spokesman, told Reuters. Yet Syrian state media said that US-led coalition aircraft “had bombed a Syrian army position near the Iraqi border, causing deaths and injuries,” Reuters noted.

These incidents show that CENTCOM is already tied up with responding to questions about incidents in the region. CENTCOM also has a good relationship with Israel. McKenzie has visited Israel and also warned Hezbollah about an attack on Israel. Former CENTCOM HEAD Joseph Votel also visited Israel in 2018 and 2019. He spoke about the close relationship with Israel, even though it was ostensibly outside his area of responsibility, when he had a hearing the US Senate Armed Services Committee in 2019.

“If we withdraw precipitously from the region, we would risk the reemergence of ISIS, squandering gains made in Iraq, destabilizing Jordan and increasing the pressure on King Abdullah, and allowing Iran and its proxy to become further entrenched, thereby posing a greater threat to Israel.”

Votel spoke to the ‘Post’ in February 2020 and suggested Israel should “lay off” and scale back airstrikes in Iraq. Haaretz reported on Thursday that Iranian redeployment in Iraq was linked to a major airstrike this week in Albukamal. This points in increased tensions in the region.

An Israel that is under CENTCOM, where it de facto already is an operates, may not change a regional relationships that takes for granted Israel’s role in the region. It will likely facilitate and increase the work with the UAE and Bahrain in the wake of the peace deals.