You are here: Home / Mediterranean / Trump, Putin and Libya

Today, Donald Trump will be sworn in as President of the US. Foreign policy will crystallise when the full Cabinet is approved by the US Congress, like reported by timesofmalta.com 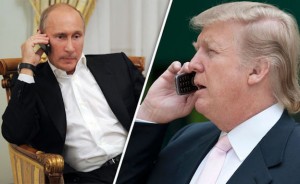 Will Russia now overtly support the LNA (Libyan National Army) and 74-year-old Khalifa Haftar, many years ago an admitted CIA asset? Could that put it at odds with the incoming Trump administration or will this be a welcome and calculated play from Trump’s perspective?

What will change in the complicated ground war in Libya between the various warring factions in south, east and west Libya?

Blackwater founder Erik Prince allegedly secretly used private mercenary pilots in armed agricultural aircraft to bomb Western Libya’s Islamist extremists. Could it be true there has been such a sudden and dramatic escalation in hostilities?

What of Isis’s relatively small presence in the Sirte and Sabratha regions? What of the tentative potential thawing of US-Russian relations put on edge by doubtful allegations of Trump being blackmailed by Russia.

The first three months following the inauguration will be the most telling.  Until then, let us hazard a guess as to what will unfold.

One indication is certain. Washington interests now favour a military solution to the quagmire in Libya that involves the newly promoted field marshal, Khalifa Hafter who would become part of some sort of leadership coalition or council.

Serious Libyan commentators agree talks must include all ground players, even former Gaddafi officials if the country is to be united.

However, the eradication of Isis in Libya is still paramount. That joint desire could put the US and Russia on the same side in Libya.

Russia has shown her strong willingness to support Hafter on two recent occasions; at the Moscow foreign ministry in mid-December, and again, last week when Hafter was helicoptered to the neutral waters of the Mediterranean Sea, outside Libyan territorial boundaries, by Russian military, for a video conference call with Moscow senior officials on board a Russian warship.

This behaviour indicates a clear willingness to support Hafter’s Libyan National Army, as the legitimate military force of the elected Parliament, the House of Representatives (HoR) in Tobruk. For some it’s even indicative of Russian support to Hafter with or without the HoR’s backing.

Signs now seem to indicate an imminent military attempt by the LNA and Hafter to move west and take Tripoli.

Russia’s rationale for involvement was summarised by Foreign Minister Lavrov’s categoric statement on December 2 that it “does not want Libya to end up like Syria, as a failed state”.

But the motivation undoubtedly is one of self-interest. As with Syria, Russia sees an opportunity to gain new increased and important influence in an Arab state and I judge that this is better achieved before President Trump takes the full reigns of power; out trumping Trump so to speak. That’s why I think fighting internally will escalate very soon.

Obama’s self-professed greatest foreign policy mistake in office was the failure to quell the post-revolution chaos in Libya. What better way for Trump to truly legitimise his position and silence the naysayers than strategically achieving peace in Libya and an end to Isis’s influence there via a Russian alliance?

It is no secret Trump has announced his desire to cooperate with Putin, and he actually may view Russia’s very public support of Hafter as an asset rather than a liability, securing the region, making an unlikely ally and increasing the popularity of his administration in one stroke.

This position assumes that the West will abandon its failed attempt to shore up the UN’s puppet government (GNA). It and its leader Serraj are viewed as wholly illegitimate and inept by the country’s populace. It is time for EU/UN diplomats and politicians to recognise this and adapt to change and quickly.

Russian-made helicopters and arms were delivered to LNA indirectly and covertly via Russia’s ally’s the UAE and Egypt and they proved crucial in repelling attacks by militias at the key central oil ports, seized by LNA in September 2016.

Earlier this month, Russia publicly supported lifting the UN arms embargo. The West up until recently only wanted the embargo lifted for GNA militias. Presumably, if Western powers attempted to lift sanctions for only the GNA, Russia’s UNSC vote would be niet.

Therefore the LNA would appear to be the only entity that will be supported by the international community including Russia.

On the other hand another critical factor is oil. Russia has an option of buying direct from Cyrenaica (old name for East Libya), challenging western powers to intercept its tankers. A potential superpower flashpoint.

Cyrenica also wants its own flag as well as a new national anthem. This would in my opinion certainly lead to Libya becoming two separate countries, east and west Libya.

Structural and mismanagement issues remain and heighten internal tensions. For example GECOL (General Electricity Company of Libya) has all but collapsed as has electricity to the entire country. Combined with water distribution shortages and an unusually intense cold spell, the people’s patience is at an end.

So the wild card remains; the US to drop support for the GNA in its current form and shift it to the LNA.

US good relations with Putin and Moscow could well see Russia gaining a chunk of influence in Libya at presumably the expense of the Italians and British with the French seemingly solely interested in southern Libya.