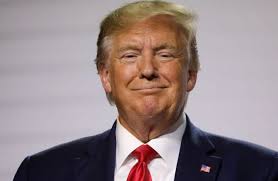 The president was briefed on the U.S. strikes launched earlier Sunday, in a meeting with Secretary of State Mike Pompeo, Defense Secretary Mark T. Esper and Joint Chiefs of Staff Chairman Gen. Mark A. Milley.

Mr. Esper said the briefing presented Mr. Trump with options for “additional actions as necessary to ensure that we act in our own self-defense and we deter further bad behavior from militia groups or from Iran.” The high-level discussion was held at Mr. Trump’s Mar-a-Lago resort in West Palm Beach, Florida, where he is spending the holidays.

The U.S. airstrikes Sunday by F-15 Strike Eagles included three targets in western Iraq and two in eastern Syria that were command-and-control facilities or weapons stockpiles of the Iranian-sponsored militia Kata’ib Hezbollah, Mr. Esper said. The Shiite militia is controlled and armed by Iran.

“The strikes were successful,” he said. “The pilots and aircraft returned back to base safely.”

Mr. Pompeo said the attack by the Iranian-backed militia had “threatened American forces” stationed in Iraq. In the past two months, the group has carried out 11 rocket attacks on military bases where U.S. soldiers were present.