You are here: Home / Mediterranean / Trump and Libya: US conducts fresh airstrikes on ISIS spots near Sirte 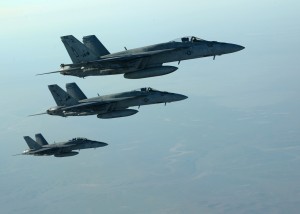 The spokesman of the Government of National Accord’s Defence Ministry, Mohammed Al-Ghusri, said that US fighter aircraft carried out airstrikes on Monday in Libya targeting IS locations near Bawabat Al-Qarza, 50 km southern Sadada Bridge, like reported by libyanexpress.com.

Al-Ghusri added on Monday that the airstrikes were asked for by the GNA’s Defence Ministry after it had spotted some IS militants moving between the areas of Bawabat Al-Qarza and Wadi Bay, which was also targeted by the US bombers days ago.

“Some IS militants, who managed to escape the fight in Sirte, as well as the IS radicals, who withdrew from Benghazi lately, were seen in those areas by our surveillance.” Al-Ghusri explained.

The US said Thursday that it had carried out two airstrikes targeting two IS camps in southwest Sirte in Libya, killing 80 IS terrorists, without nay women or children among them, according to CNN.