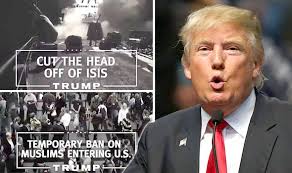 US President Donald Trump on Friday put a four-month hold on allowing refugees into the United States and temporarily barred visitors from Syria and six other Muslim-majority countries, saying the moves would help protect Americans from terrorist attacks. While Trump’s supporters hailed the decision, it has been soundly criticized by civil rights groups. Here’s what we know about the order:

1 – The “Protecting the Nation From Foreign Terrorist Entry into the United States” order imposes a 120-day suspension of the entire US Refugee Admissions Program.

2 -It calls for a 90-day ban on the entry of immigrants and refugees from Muslim majority countries with “terrorism concerns”, namely Iran, Iraq, Libya, Somalia, Sudan, Syria and Yemen for at least 30 days.

5 – Trump said he was establishing these “new vetting measures” to keep radical Islamic terrorists out of the US. He had promised the measures – called “extreme vetting” – during last year’s election campaign.

6 – Trump’s order had been expected to include a directive about setting up “safe zones” for Syrian refugees inside the country, but no such provision was included.

7 – The draft order, which the White House said was not official, would reverse former US President Barack Obama’s efforts to close the military detention center at Guantanamo Bay, a place Trump said he wants to fill up “with bad dudes”.

9 – The order could affect traveling green card holders, students, people coming to the US for medical care and others.

10 – The order also included a new policy that states and localities should have a say in determining whether refugees can resettle there.