You are here: Home / MidEastGulf / Troops not returning to Turkey 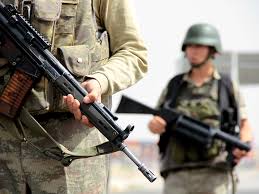 In the latest development involving the controversial deployment of Turkish troops to a base in Bashiqa, northeast of Mosul, sources have told Turkish media that a number of the soldiers have been stationed elsewhere in the Kurdistan Region of Iraq.

The source goes on to say that there are no immediate plans in place for them to return to Turkey, raising questions as to where they will be stationed in the short term.

There has been international pressure on Ankara after Iraq appealed to the United Nations on Friday, insisting that the deployment was in violation of Iraq’s sovereignty.

“This is considered a flagrant violation of the principles of the U.N. Charter, and a violation of Iraqi territorial integrity and sovereignty of the state of Iraq.”