You are here: Home / Europe / Tripoli’s islamic government: we won’t allow you to bomb our coast 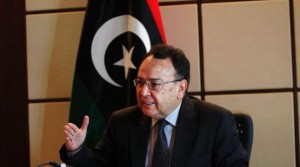 Libya’s Tripoli government (not recognized at the international level) will not accept Europe bombing sites presumed to belong to Libyan people smugglers and would “confront it”, the Salvation Government’s Foreign Minister is warning.

Muhammed El-ghirani told Times of Malta that nobody from the EU had consulted Tripoli about such plans and he insisted such action could not be taken unilaterally.

“We have been doing our best to get Europe to cooperate with us to deal with illegal immigration but they keep telling us we’re not the internationally recognised government. Now they cannot just decide to take this action, they have to speak to us,” he said.

Moreover, he questioned the very method being contemplated.

“You cannot just decide to hit. Let’s say you strike a particular site, how will you know that you did not hit an innocent person, a fisherman? Does Europe have pinpoint accuracy? So we are saying, let’s do this together,” Dr El-ghirani said.