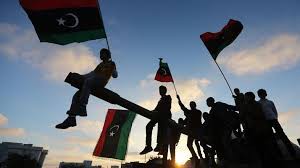 Libya’s self-proclaimed government in Tripoli wants a relaunch of UN-sponsored talks aimed at ending the country’s civil war because it says the outgoing UN envoy is biased in favour of an internationally recognised rival administration in the east.

The chief negotiator for the Tripoli-based government said United Nations envoy Bernardino Leon had demonstrated his bias by accepting a post in the United Arab Emirates, a country Tripoli sees as backing its rival.

After months of talks, Libya’s two warring factions remain deadlocked over a UN-proposed national unity government and Leon, a Spanish diplomat, now plans to quit in December to take up a post at the Emirates Diplomatic Academy.

“This impacts the track of the dialogue, of course,” the Tripoli faction’s chief negotiator Awad Abdulsadek told Reuters.

“The replacement of Leon should start all over again, now we know Leon was biased in favour of one of the sides.”

Britain’s Guardian newspaper, citing emails it said came from Leon, said the diplomat was first offered the UAE post in June and that this called into question his impartiality. Leon told the paper there was no conflict of interest.

Tripoli believes the UAE, along with Egypt, is providing military support to the rival government in eastern Libya led by Abdullah al-Thinni.

US officials said last year the UAE and Egypt had staged air strikes against Libyan Islamists, though Egypt publicly denied this and a senior UAE official suggested the allegations had been promoted by anti-UAE Islamists.

The United Nations said on Wednesday Leon would be replaced in the coming days by veteran German diplomat Martin Kobler.

Libya’s El Watan party, led by former Islamist fighter Hakim Belhaj, said on Thursday it was suspending its participation in the UN talks while Leon remained part of them.

Leon had presented the sides with a power-sharing government that envisages an executive council comprising a prime minister, five deputy prime ministers and three senior ministers. It is meant to represent Libya’s traditional regional balance.

The elected House of Representatives (HOR) in the east would be the legitimate legislature, while a second consultative chamber, the State Council, would be made up mostly from members of the Tripoli-based General National Congress (GNC).

Hardliners on both sides say the deal is not acceptable. Neither parliament has voted on a final deal.

Abdulsadek said HOR and GNC members had already held direct talks and suggested that might offer the best way forward.

“We have started a direct dialogue with the HOR because what has happened in the past 10 months has not been welcomed by either side,” he said. “We can achieve a Libyan-to-Libyan dialogue perhaps in two months.”

But Abdulsadek said the Tripoli faction still wanted amendments to any unity government agreement, including recognised legitimacy for the GNC and more power-sharing.

“He must be isolated forever,” Abdulsadek said.