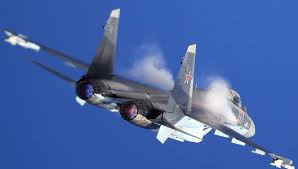 Libya’s self-proclaimed government in Tripoli is grateful to Russia for its consent and readiness to help the crisis-hit Libya in its fight against terrorism, Prime Minister Khalifa Ghawi told Sputnik on Tuesday.

Earlier in the day, Tripoli government’s delegation held a meeting with the Russian Foreign Ministry’s officials in Moscow.

“We have asked the international community, and first of all, Russia, an important country helping the Libyan people to confront terrorism and radicalization, to provide logistical and military support in the fight against terrorism. The Russian response was that they were ready to help any country [in this respect],” Ghawi said after the meeting.

Libya has been in a state of civil war since the 2011 overthrow of the country’s long-standing leader Muammar Gaddafi.At present, there are two rival governments operating in the country, one based in the city of Tobruk and the other in Tripoli. Earlier this month, a peace deal was signed in Morocco by some members from the rival parliaments.

Amid the instability and the civil war Libya has seen the emergence of numerous militant groups, including the Islamic State, or Daesh.

Since September 30, Moscow has been conducting pinpoint airstrikes on Daesh in Syria at President Bashar Assad’s request. Daesh is outlawed in Russia.