You are here: Home / Mediterranean / Trial of 77 suspects involved in Tunisia ambush adjourned 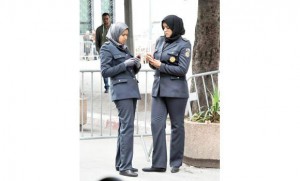 The trial of 77 people in Tunisia charged with involvement in a militant attack that killed eight soldiers was adjourned Monday after the defence asked for more time to prepare, wrote Arabnews.

Only six of those charged are in custody: 70 more, among them around 50 Algerians, will be tried in absentia. Another is not in detention.

“The trial was postponed until May 18 for oral arguments to be heard,” said Rafik Ghak, the lawyer for four of the defendants.

The 77 are being tried for their alleged role in an ambush on July 29, 2013 in which the eight soldiers were killed on Mount Chaambi near the border with Algeria.

If convicted, they could be sentenced to death, despite Tunisia no longer carrying out capital punishment.
The defence argues that those in custody are minor accomplices who did not realise they had ties with an armed group responsible for dozens of deaths in army and police ranks since December 2012.

“The detainees in this case… are virtually unknown,” Ghak said. “They were trapped and did not realise the scale of the operation or the magnitude of the crime.”

Since the January 2011 revolution, Tunisia has experienced militancy that has killed dozens of members of the security forces.

On March 18, tourists were targeted for the first time, with 21 foreigners and a policeman killed by two gunmen at the National Bardo Museum in Tunis in an attack claimed by the Islamic State group.