You are here: Home / Mediterranean / Tourists ‘attacked in Tunisia’ as gunshots are fired near hotel 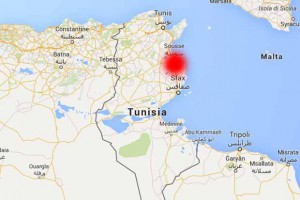 Terrified hotel guests in the town of Sousse, a popular resort for British holidaymakers, have described how a large explosion went off.

“Everyone started running towards the hotel,” a British tourist told Sky News.

“As we got into the hotel, we heard quite a large explosion.

“People running around the hotel, nobody has really been told what to do.

“We heard people saying there were guns on the beach.”

He said no one was believed to be injured.

The incident comes just hours after a terror attack in Grenoble, France.

It is not believed the two attacks are linked.