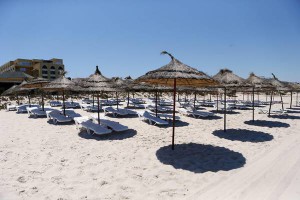 ISIS is ”threatening” the holidays of Italians with 98% reportedly influenced by the fear of attacks when picking a holiday destination and reservations, mostly in North Africa, plunging as a consequence, according to a survey by Allianz Global Assistance on 177 travel agencies across the country.

In particular, the survey registered a downward trend in bookings for Tunisia and Egypt after the recent attacks ”with a drop often exceeding 50% from 2014. Morocco is the third destination resenting the most from recent attacks with a drop in reservations in 74.8% of agencies”.

The ISIS effect, as defined by the survey, has also affected Kenya, Turkey and Israel.

”On the other hand, Ebola is now a faraway recollection and only 26% of operators in the tourism sector have reported it as an influence in travel choices. The Greek crisis is not discouraging Italians, for whom Greece remains the second most sought-after destination in Europe”. As for the rest, ”Italians feel safer in Italy (85.4%) or look for serenity and relax in European sea resorts (Spain with 90.3% of preferences precedes Greece while Croatia has 38.2%), Asia (21.2%), and the Americas”.

The choice of North America as a destination, in particular, appears not to suffer from the current unfavorable exchange rates with the euro, while ”center-south America (24.2%) and in particular the Caribbean islands retain a strong attraction”.