Army forces carrying out raids in the restive Sinai Peninsula killed a top leader of a militant group that pledged allegiance to the Islamic State on Wednesday, military sources have said, according to Egypt Independent. 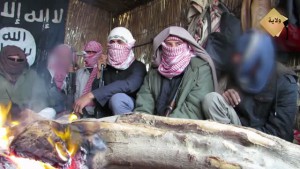 The army shot and killed Attallah Abu Reteima, whom the sources identified as the person in charge of logistics for the Sinai Province group, formerly Ansar Bayt al-Maqdes, Egypt Independent reports.

Abu Reteima was responsible for transporting “terrorist elements” and the storage of ammunitions for the group in Rafah and Sheikh Zuweid, the sources added, revealing that troops had found the suspect in a mountainous area in central Sinai before exchanging gunfire with him.

The Sinai Province pledged allegiance to the Islamic State in 2014. It has claimed responsibility for most bloody attacks against security forces in Sinai and other Egyptian governorates since the ouster of the Muslim Brotherhood government in 2013.