You are here: Home / MidEastGulf / Top iranian general: our missile technology used by Hezbollah against Israel 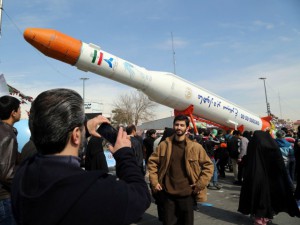 Iran’s top general has said the Islamic Republic set up a missile factory in Syria, which later transferred the technology for Hezbollah to use in the 2006 war with Israel.

“Iran established the missile industry for Syria in Aleppo in the past years and produced missiles and they were used during the 33-day war against Israel,” Iran’s semi-official Fars news agency quoted General Mohammad Hossein Bagher as saying.

The conflict in 2006 began after Hezbollah killed five IDF soldiers and snatched the bodies of two — Ehud Goldwasser and Eldad Regev — sparking a bloody, month-long war. The fighting resulted in the deaths of 43 Israeli civilians and 119 IDF soldiers, and over 1,700 dead on the Lebanese side, including 600 to 800 Hezbollah combatants, according to IDF figures.

During the 34 days of fighting, Hezbollah launched over 4,000 rockets at Israel, an average of over 100 a day.