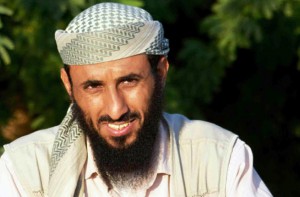 A senior leader of al-Qaeda in the Arabian Peninsula (AQAP), Nasir al-Wuhayshi, has been killed in Yemen, reports say.

Wuhayshi, aka Abu Basir, was killed during a suspected US drone strike in Yemen’s Hadhramaut province on Friday, Arabic media reported on Monday.

According to the Almasdaronline website, they have “obtained reliable information that Wuhayshi was targeted by the drone in the city of Mukalla in Yemen’s eastern province of Hadhramaut.”

US government officials are yet to comment on the matter, but the incident has been confirmed by two Yemeni national security officials.

Wuhayshi was the head of the AQAP and al-Qaeda’s second in command. According to reports, AQAP military commander Qasm al-Rimi, aka Abu Hureira al-Sanaani, has been appointed as his replacement.

Wuhayshi assumed control of AQAP in 2009, a few years after escaping a Yemeni prison back in 2006. Formerly, he served as a personal secretary for Osama bin Laden,  the founder of al-Qaeda.