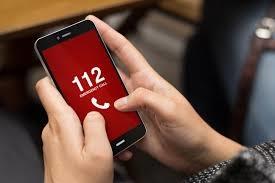 It has been three years since a terror attacks in Paris killed 130 people. There were 20 minutes between the first attack at the Stade de France, and the last at the Bataclan concert hall, but authorities had no way of directly warning people out in the area about what was happening.

In major emergency incidents across Europe the only official warning systems in place that can reach people outside their homes are air raid sirens left over from the second World War, like reported by wired.co.uk.

Now the European Parliament has decided to change this. It has approved legislation for member states to create a ‘Reverse-112’ system, where emergency alerts can be sent directly to phones in the relevant area.

These systems are common in the US and elsewhere, but only four EU countries – Sweden, the Netherlands, Belgium, and Lithuania – have suitable nationwide coverage in place.

For the others, emergency warning systems are a patchwork of technologies that can differ vastly in coverage, even within the same country. Emergency television and radio systems do exist, but they’re often fragmented by region, or built on antiquated technology from the Cold War-era or earlier.

Although the Reverse-112 has been approved by the European Parliament it still needs to be rubber-stamped by the EU Council in early December, and then member states will have three and a half years to implement it. By then, the UK probably won’t be a member of the EU, so it’s not entirely clear what will happen here.

In fact, it’s not entirely clear what system we have in place now. The UK’s National Advanced Warning System was completed in 2003 to replace sirens, but used analogue technology at a time when most people were switching to digital televisions and radios, and was decommissioned in 2012. Since then, the government has kept its mass-alert plans a careful secret.

Some authorities use social media, but that risks missing out swathes of the population, and relies on people in the affected area checking their phones.

It’s also rife with incorrect information and rumour. During recent forest fires in Greece, for example, Twitter was the main source of information. “There were a lot of rumours, and it was so difficult to find what was true and what was not,” says Petros Kremonoas of the European Emergency Number Association, which has been a strong advocate of Reverse-112 legislation.

“Current alerting systems take a long time to disperse through the population,” says professor John Preston, a sociologist at the University of Essex and co-editor of a book on city evacuations. “People aren’t all watching TV – they might be watching Netflix, and even with social media you’re generally in the same network so it can take a long time for information to get between groups.”

Research by Nick Jones and colleagues at Imperial College London has found that an emergency television broadcast would take about half an hour to reach 50 per cent of the population if broadcast at 20:00, and as long as eight hours if broadcast at 04:00. In France, the government created a public warning app, SAIP, but as of June 2017 only 500,000 people had installed it.

Smartphone alerts offer a much more versatile alternative and far-reaching alternative. A recent test of the Presidential Address system in the United States aimed to reach 275 million devices, for example.

Messages can be targeted only to people in the affected area, and by working with network providers they could even be customised for particularly vulnerable people in evacuation scenarios. They can also reach tourists, who may not have an emergency warning app installed or be following the right social media accounts – not everyone who died in the Westminster Bridge attack was a UK resident, for example.

There are two options for implementing such a system. The first is a traditional SMS message, using cellphone towers to send the message only to people in the relevant geographical area. The second is via a ‘cell broadcast,’ which works in largely the same way as an SMS, but appears on a user’s phone slightly differently. “Both of them are able to reach people in a specific geographic area and inform them in a reliable manner quickly enough,” says Kremonas.

Both systems have their strengths and drawbacks. SMS messages won’t be differentiated from other texts, so could be missed if a user has their phone on silent, or ignored as spam. “Trust is obviously a key issue here,” says James Rubin, who conducts research into public health crises at King’s College London. “Many people are used to deleting spam on sight and there is a risk SMS messages will be treated the same way.”

The way cell broadcasts are presented depends on their network provider, but they’re generally much more prominent than standard text messages, flashing up an alert on screen and often playing a sound or vibrating even if users have their phone on silent.

The UK conducted trials in Glasgow, Yorkshire and Suffolk in 2013, and concluded that SMS would be the better option, partly because they’re cheaper to implement and make use of existing networks. Another advantage is that unlike cell broadcasts they allow users to be individually identified and sent messages even after they’ve left the area. That could prove particularly useful in case of a chemical weapons attack like the one on the Skripals in Salisbury, where people in the area at the time might need to be contacted for medical check-ups.

However, text messages also more vulnerable to spoofing. Even cell broadcasts aren’t infallible. “It’s not that hard to hack into mass alerting systems,” says Preston. “The emergency alert system in the US has been hacked several times at a regional level, with people saying there’s been a zombie attack.”

It’s therefore vital that authorities send out their message by as many channels as possible. The first thing people do when they get an alert was to try and verify it. “When a message is given out, it is important to use multiple routes to disseminate it,” says Rubin.

“That maximises the chances of people receiving the warning in the first place and also seeing the message confirmed when they go to check it. Anything that adds an extra route that gets messages out to people is a good thing.”