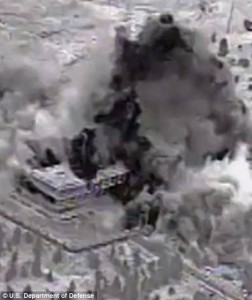 Another statement of the ministry said that the army aviation destroyed a compound for oil refinery in Rihaniyya area in Tal Afar district, west of Mosul city.