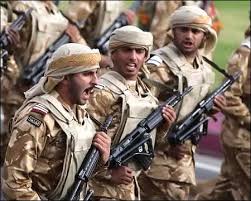 Qatar suffered its bloodiest day since its military involvement in Yemenlast year with three soldiers from the emirate killed in fighting on Monday.

An army statement was published in Qatar’s state news said three soldiers were “martyred on Monday” but did not give details on how they were killed.

So far, Qatar has lost only one soldier in its Yemen campaign.

Qatar deployed troops to Yemen in one year ago, as the Saudi-led coalition stepped up its efforts against Houthi rebels with a ground offensive.

Saudi Arabia and other Gulf nations began air raids to support the exiled government in March 2015, after the rebels took over the capital Sanaa and forced the Abd Rabbo Mansour Hadi’s government to flee.

Since then, the campaign has been extended to take on al-Qaeda, which had took control of parts of southern Yemen during the fighting.

The UN says that more than 6,500 people, most of them civilians, have been killed in Yemen since the intervention began.