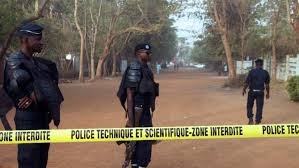 Three policemen were killed by suspected jihadists in an overnight attack in central Mali, police and military sources told today.

Shortly before news of the attack, in a televised speech to mark the 55th anniversary of the Malian army, President Ibrahim Boubacar Keita had paid tribute to “some of our valiant soldiers, some of the worthy sons of our country (who) paid with their lives in this patriotic commitment”, insisting that “their sacrifice is not in vain”.

The three policemen were shot dead in an overnight attack near the town of Mopti while on duty, a military source in Mopti told AFP.

Confirming the attack, a local police official said the trio were ambushed about 60 kilometres (40 miles) from Mopti, once a popular tourist destination.

“They went into an area that is difficult to access,” said the police source. “The terrorists set an ambush and they were caught in the ambush.”

Two soldiers and a guard were killed in separate attacks in northern and central Mali on Friday.

Northern Mali fell under the control of jihadist groups linked to Al-Qaeda in 2012.

The Islamists were largely ousted by a French-led military operation launched in January 2013, but large swathes of Mali remain lawless and prone to attacks.

In November last year, 20 people, 14 of them foreigners, were killed in an attack claimed by jihadist groups on the Radisson Blu hotel in the capital Bamako.