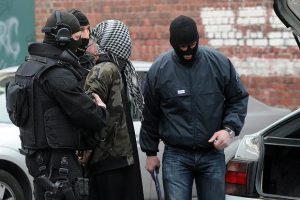 French authorities say they have arrested three men in anti-terrorism raids, with a bomb squad deployed at the home of one of the men, like reported by itv.com.

Two officials, who spoke to the Associated Press on condition of anonymity, said the arrests happened in the central city of Clermont-Ferrand, southern Marseille, and the Paris area.

The bomb squad was dispatched to Clermont-Ferrand but there are no other details on any alleged plans by those three men that have been detained.

Tuesday’s arrests come less than a fortnight after anti-terrorism units detained an adolescent girl and three men, and discovered what they described as a makeshift explosives lab.